Oak Crest has an amazing history. Numerous student researchers and staff have helped it become what it is today. As a haven for education and research of many different areas, everyone who works here is rewarded by the experience. Here we share some of the events that have made our staff, students, and facility unique.

May 4, 2012: The Rose Hills Foundation Fellows gave spectacular presentations at The Huntington Library, Art Collections, and Botanical Gardens. Craig Lund and Cumore Denby spoke on their extremophile bacteria research, Ivy Song and Madeline Mullen presented their findings on exotic botanicals’ potential medicinal applications; and Gilbert Lopez and John Mansell discussed their research on isoprene, which is transformed in the atmosphere and has a significant impact on air quality. Attendees asked questions of each research team and The Rose Hills Foundation President Victoria Rogers congratulated the fellows on their hard work over the last eight months.

The researchers’ mentors: Marc Baum, John Moss, Manjula Gunawardana, and  David VanderVelde (Caltech) attended the event. Dr. VanderVelde said, “The Rose Hills Foundation Fellows presented with such detail and polish, they were on par with Caltech students.” Local dignitaries: Pasadena Mayor Bill Bogaard and Bill Thomson, a trustee of Pasadena City College, attended the event in a show of their support as well.

Craig Lund and Cumore Denby’s research centered on isolating DNA from natural tar pools to study the microbial meta-genome in the samples. They found interesting data about the microbial composition of these extreme environments. They also worked on a related project studying organic solvent tolerance of a group of bacteria, mainly extremophiles.

Madeline Mullen and Ivy Song worked on a project in partnership with Huntington Gardens to discover potential therapeutics in exotic plants of the Euphorbia genus. Around 70% of pharmaceuticals come from a plant source which makes this project especially relevant and significant. The process is a long and complex one from extraction and evaporation of plant materials to analysis of their chemical composition.

John Mansell and Gilbert Lopez examined the role of isoprene, a compound emitted naturally by plants, in air pollution. They simulated sun-driven reactions with the use of dust particles that could occur in the atmosphere. 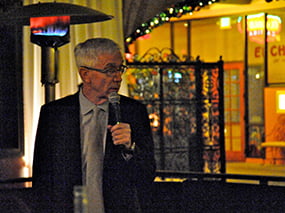 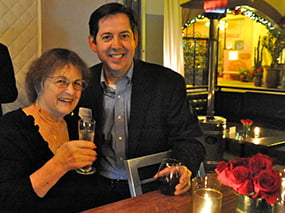 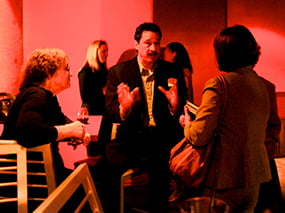 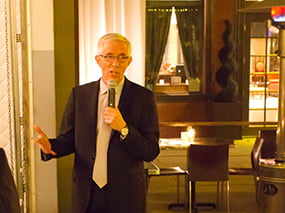 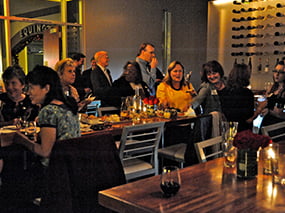 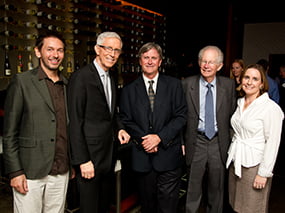 November 17, 2011: Oak Crest held a cocktail and appetizer event with NBC4 Weathercaster and funnyman, Fritz Coleman. “Weather and Wine” introduced Oak Crest and its mission to many new friends in the elegant Bodega wine bar.

June 17, 2011: Current staff, students, and alumni gathered for a tasty barbecue and celebration of their work at Oak Crest. Alumni were greeted by a brief tour of the lab during which many remarked on the expansion and renovations done since they were at Oak Crest. We hope to make this an annual event. So if you didn’t make it to this year’s barbecue, join us for next year’s. 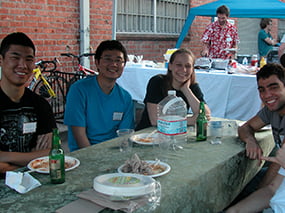 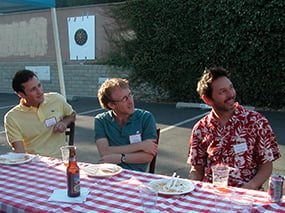 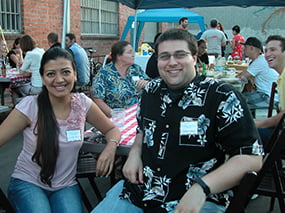 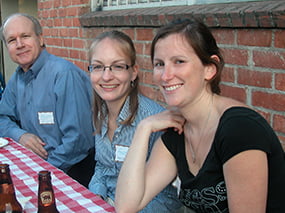 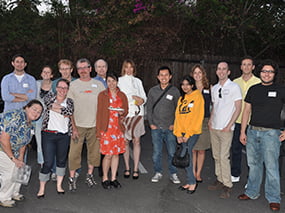 October 17, 2008: Oak Crest staff, researchers, volunteers, alumni, colleagues and collaborators came together for a gala celebration of Oak Crest’s 10th Anniversary. The lovely event was held at Pasadena’s Pacific Asia Museum. The mayor of Pasadena, Bill Bogaard, was in attendance. 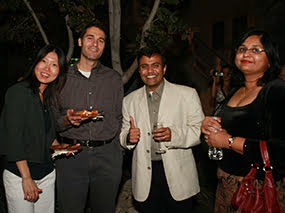 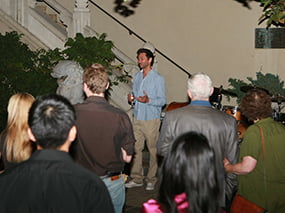 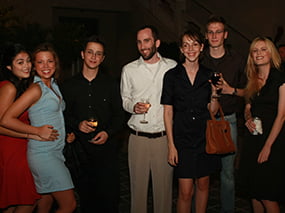 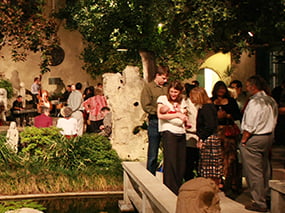 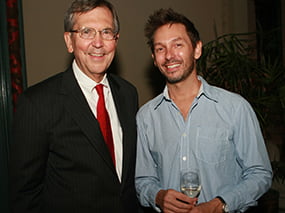 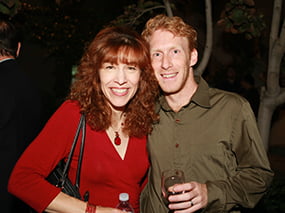 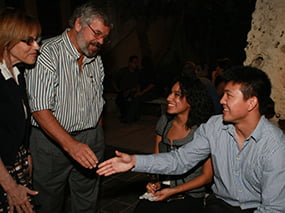 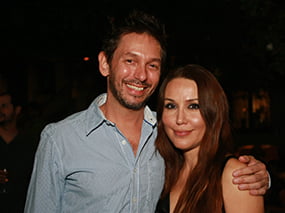